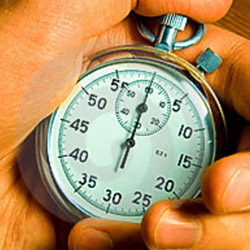 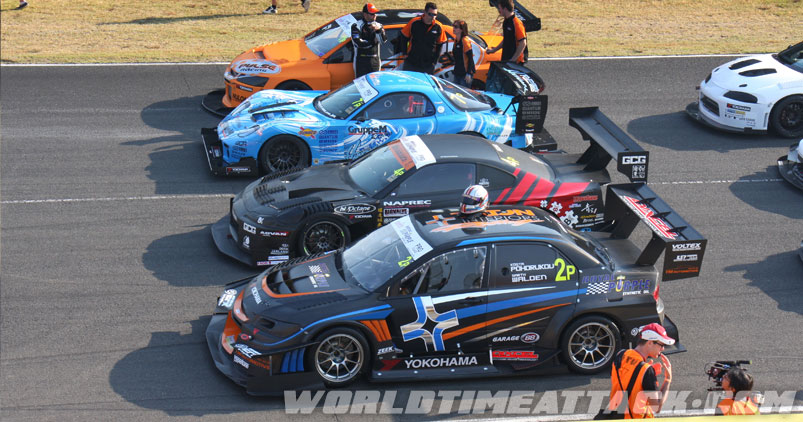 The sport of time attack is evolving at a rapid pace. Even a casual observer can notice a dramatic change in the appearance of the leading cars in each class. But it’s not just the cars’ appearance that changed, the developments in engine, suspension, brakes and forced induction technology have all contributed to the record times we are now accustomed to seeing.

While the changes in Pro Class are the ones that get the most publicity, it appears that Open and Clubsprint classes have more than kept up with the pace of development set by the top Pro teams. The proof, as they say, is in the pudding, and in the case of time attack that pudding is a lap time so let’s examine the class-topping lap times over the last four years of WTAC competition.

Let’s first take a look at the top lap times in each class in 2010 and 2011. The inaugural WTAC set the benchmark for all the local time attack enthusiasts with the international guests setting the pace. In the outright ranking it was 1. Japan, 2. USA, 3. Japan with close to 1.5 seconds separating the first from the third fastest. The disparity was much greater in the Open Class with over 3.5 seconds separating the class winner from the third place. The closest class of the 2010 even the Clubsprint class with only 0.6 second separating the first and the third spot. 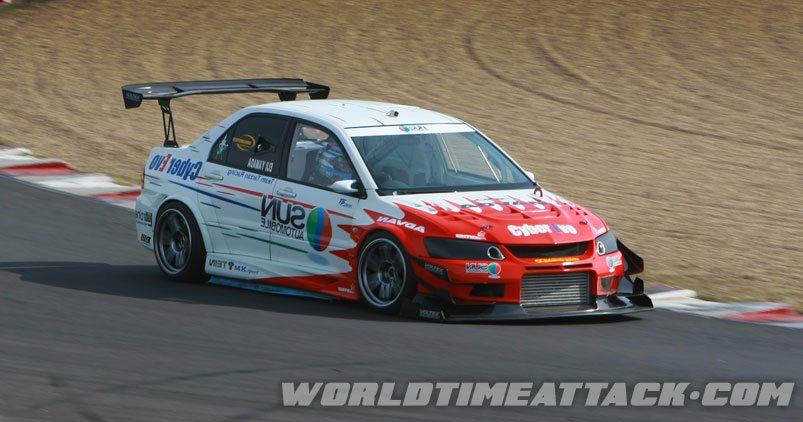 Cyber-Evo in its 2010 guise looks more in line with the current Open Class cars than the pointy end of Pro.

Forward to 2011 and looking through the garages we could clearly see that plenty of teams have taken cues from the international champions – namely CyberEvo and Sierra Sierra. Across the the board we could see the “less weight – more power” formula being adapted. We also saw a 2 second improvement on average in the top three times across all classes. The differences between the first and third remained very similar in Pro and Clubsprint but Open Class closed up considerably with only one second between first and third spot. Furthermore the time gap between the leaders in each class remained approximately the same as in 2010. The improvements, it seems, were implemented equally across all classes. 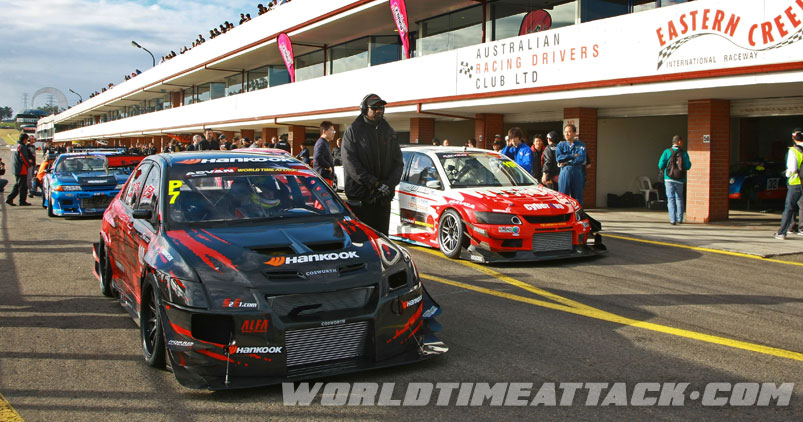 The rivalry between Sierra-Sierra and Cyber Evo saw the smallest gap (just 0.2 sec) between 1st and 2nd in 2011.

2012 saw a major track upgrade and overhaul of the venue which also changed its official name from “Eastern Creek Raceway” to “Sydney Motorsport Park”. The resurfacing and smoothing out of one of the corners had a significant impact on lap times which dropped much lower than in the previous year-to-year comparision. It was in fact, twice the amount of the 2010 to 2011 gain. It was also a year we saw a big shift in focus toward aerodynamic aspects of time attack cars. A shift that no doubt also contributed to the faster times. 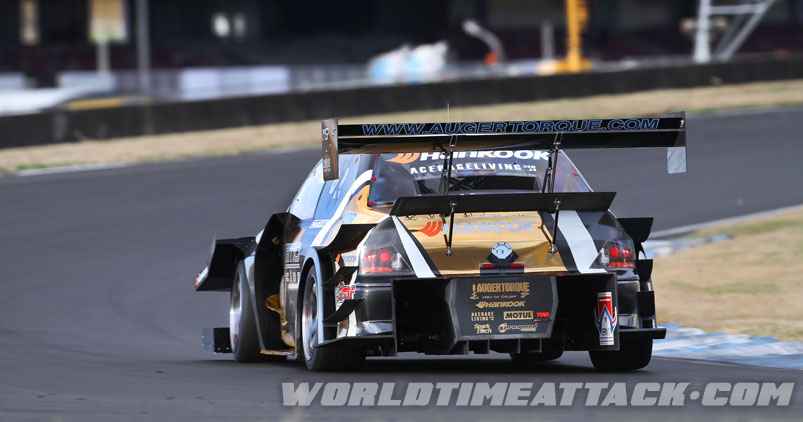 The drop (4 seconds on average) was consistant across all class leaders. So, while everyone was in awe of Nemo resetting the class record by over four seconds, the records for Open and Clubsprint classes were reset by a very similar margin. And although it seemed like Nemo was the car that had distanced itself most from its competition, the biggest gap between first to second was, in fact, in the Open Class.

So, despite posting very fast times, 2012 followed a very similar pattern to the previous two years. The biggest change so far occurred in 2013.

The introduction of Pro Am class saw a number of Open Class teams move up and similarly some Clubsprint teams moved up to Open. The specs of some of the Open Class cars resembled the Pro Class front runners of only a couple of years before. The entire field stepped up, once again, not just in terms of power, weight but also, and most visibly, aerodynamics.

The new class and the subsequent shuffle of teams resulted in mixed results with only the Pro Class recording better times than 2012, though only by less than half a second. The most noticeable difference was in the Open Class. Even though the class leader posted a slower lap time than his predecessor, the entire class recorded faster times and a lot closer competition with only 0.9 seconds separating the first and third place. 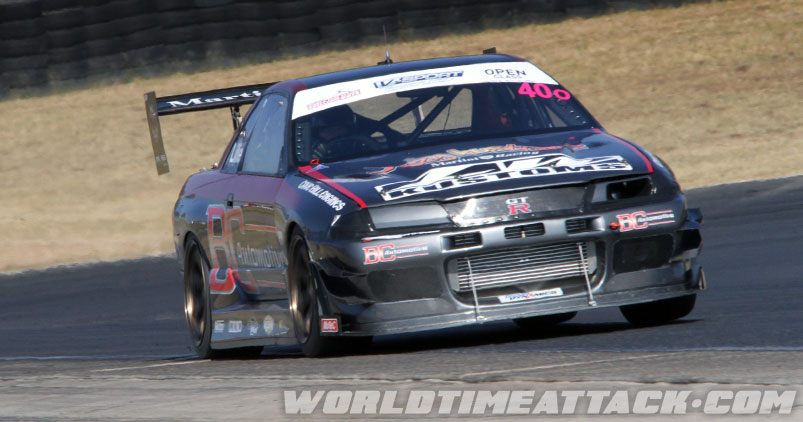 Dean Lillie took the Open Class win in 2013 making the BC Automotive R32 GTR the first non-Evo car to win that title.

2013 also proved to be a year of surprises with the favourites losing out to hard-charging underdogs in all the classes. It was also a year that provided the most variety on the podium with Subaru, Nissan and Honda successfully taking the fight to Mitsubishi. 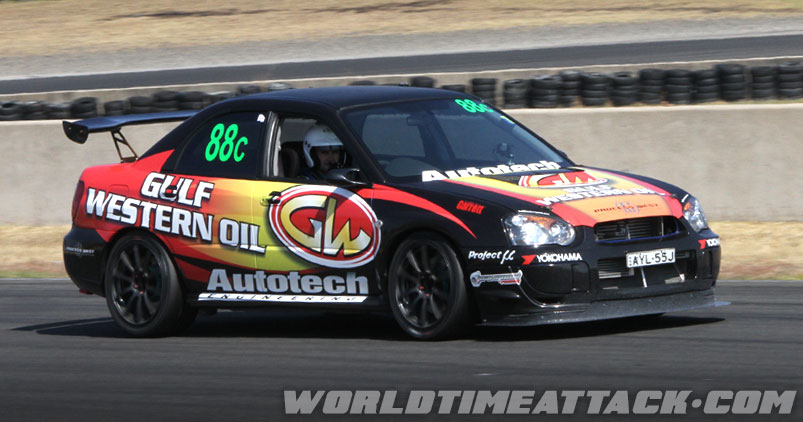 So there you have it, the developments in the engine, drivetrain and aerodynamics have contributed to consistently faster lap times, but these developments did not only benefit the top Pro Class teams. In fact, over the years, Open and Clubsprint classes have shown equal improvement in lap times as their Pro counterparts. 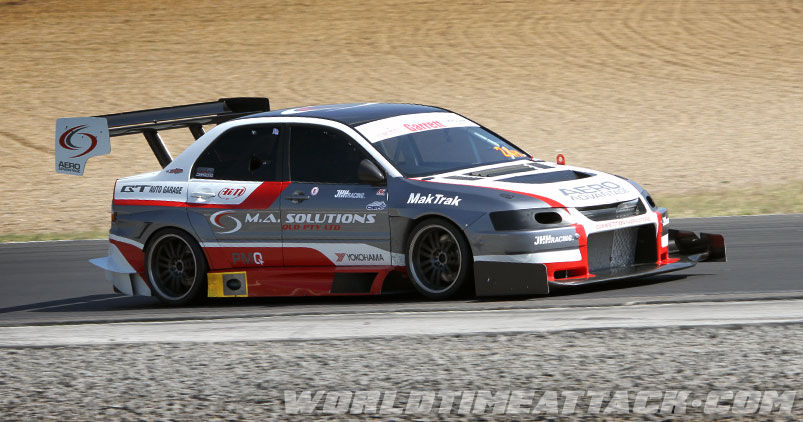 The introduction of the Pro Am Class proved very successful with the entries filling up in less than a week. These cars are built to Pro Class rules with the only difference being – they have to be driven by the owner, no pro drivers allowed. Mick Sigsworth Evo (above) took the class win with a lap time of just 1:30.957 so these cars are very fast indeed.

So what will this year’s event bring? Our guess is the times will be even faster with the teams getting familiar and confident in racing lightweight, big horsepower, aerodynamically advanced cars. The re-introduction of Superlap Shootout will certainly add another element of excitement and may well be the deciding factor in the final podium placings.